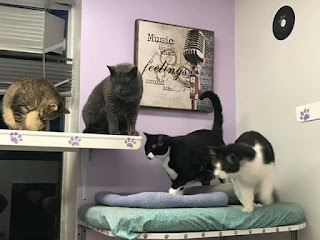 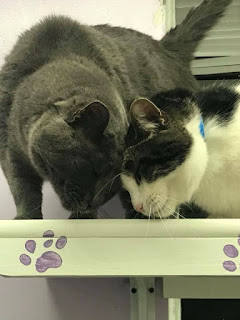 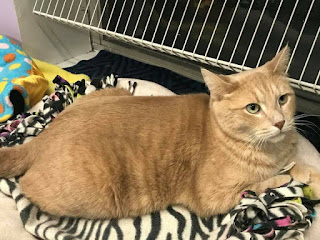 Good morning. It is finally warming up around here but now we are due to get a lot of rain and with all the snow we've had there are fears of flooding. Not so much in my area I don't think but closer to the Lake, River and other lakes. I'll be glad when winter is over it's been a harsh winter.

I finished this Cardinal in memory of my mom last week and have mailed it to my brother who wanted it for his grand daughter to have a link to her great grandma. It'll be a link to him to as the HS we went to had nickname of Cardinals. Now I'm doing a Mickey Mouse piece I've done once or twice before for a friend who likes Disney Designs. I may even do Lady and the Tramp for her too.

About 3 weeks ago my brother-in-law got diagnosed with a terminal illness which shocked his family. Then last week he had a heart attack. Fortunately it was a mild one. For the last 5 years Kay and Ken said they were going to retire. Ken in Feb. 2018 and Kay in March 2018, sell their house, move to this side of state. (Grand Rapids area near their youngest daughter and family. Then travel to see their older daughter in CO and son in Chicago area (in Toronto area for next year in a half). They still plan on retiring both of their companies have their notices. Ken is hoping to work half days to end of this month once he gets clearance from the Dr. And they do plan on moving, in fact when the kids were all there last week they took a lot of their parents furniture to Good Will. We're hoping their house sells fast. As far as traveling well....we'll have to see on that. My sister is just mentally exhausted by the events of the last 3 weeks and she isn't too willing to talk about any of it at this point.

I also have some pictures of "My babies" from room 6, at the Cat Shelter. Room 6 is known as the "Shy room" and the "Cat Maffia" as these cats are so bonded and quite a few have been there 4 or 5 years because of their shyness. Anyways my very favorite cat, Cloud, who is the big gray one bumping heads with Neeson, and his best friend , Sunny, (the orange cat ) left the shelter for good. One of our fosters left room 6 and came in the hall and says to me "I just love Cloud I want him for my Valentines Day present so bad." I said take him, if he is one of the few he'll even let pet him, take him, take Sunny too, he'll do much better with Sunny. I talked hard to her and she wasn't sure yet said she'd be talking to our Director about Cloud anyway. I PM'd our Director (who fostered Sunny and Cloud and knew they had to be together to do well.) and asked her to talk Jordan into taking Sunny with Cloud. SUCCESS she took both Sunny and Cloud last Tuesday and said they were not coming back. And both are doing better then expected . It only took a couple of days for them to come out of hiding but they go up on a shelf not making it easy for Jordan to pet them, but they have let her. I will miss them so much especially Cloud who was my "special baby". He let so few people pet him but those he did he gave good head buts too, and even let us kiss him and even cuddled up to us. The picture of Cloud and Dax shows the bond the cats in that room have. Topper, Neeson, Dax and Barnetta along with some newer cats remain in that room and we so hope to get those 4 adopted out 2 by 2 as they would do best. Also Adso was adopted from that room last week, he was the newest cat in the room and wasn't with us long. I knew he wouldn't be he was so friendly and such a nice cat. So I go back to the shelter tonight and will go to room 6, swallow hard as my baby won't be there but happy for him. I do have Jordan on Facebook and she will give me updates on those two. Tonight Cowboy and Reese from room 3 will be leaving together. Cowboy is another my favorites but he deserves a home. He was found in the dumpster outside of the shelter, the people didn't even have the courtesy to bring him in. He was in rough shape but he's fine now and has a great personality. He lost a part of his ear from either abuse or ear mites. Reese is another very shy cat so we're glad she's going with one of her room mates even though it's not her sister. Well enough on the shelter.

Getting my stitching mojo back 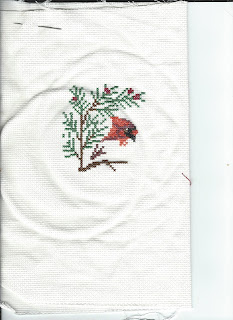 Good Morning. I know it's been a while since I've blogged. I started a couple of pieces and they ended up in the garbage. Finally got this piece out and it's going great. I love doing it. An online friend did a lot of pieces by Crossed Wing Collection that I loved. I'm not a bird lover at all but I loved the pieces she was showing so I ordered a couple of their patterns and I love them. This is only after about 8 hours of stitching. It's going quickly and I've had to do very little frogging. I do have to improvise just a tiny bit as I can't find the mistake I made but no one will ever know not even me as it doesn't take away from the final outcome of the piece.

It's been hard to get into stitching until now because of the headaches and neckaches I've been having. I have arthritis in the neck and that's also giving me some good headaches so I've only stitched a little at a time. Plus my eyes are changing I think so I am picking easier patterns for a while. I think in the Spring when the weather is warmer the arthritis pain will go away and so will the headaches. I hope anyway.

We've had our share of snow this winter. We did get the Jan. thaw which was great. Now we are in the deep freeze and lots of snow again. At least there are only 28 days to Feb and then it's March. I know Mar. and Apr. bring good storms but at least there are nice days in between and we know the snow is coming to an end.